The Only Players Worth Keeping Are… 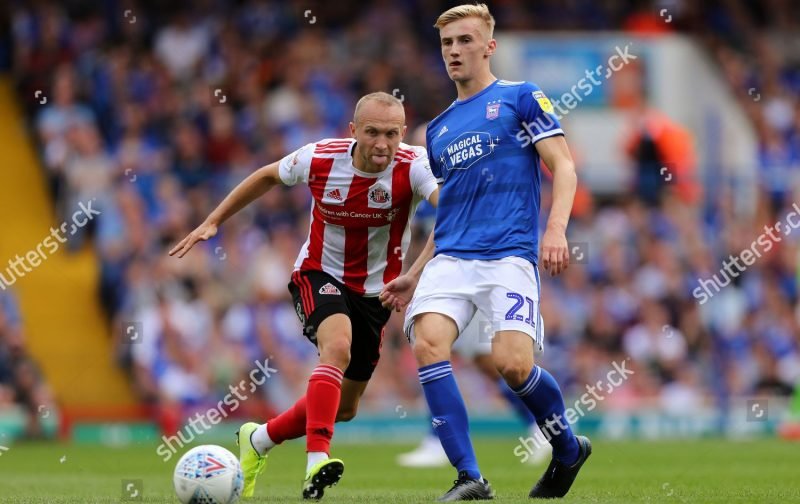 New boss Paul Cook has said it’s time for a complete overhaul of his squad, and with this in mind, here are a few of my suggestions. He said before the Swindon game this: “The released list will come out. We’ll start signing players, and it will a case of ‘out with the old and in with the new’. That’s 100% going to happen at this club!” I could not agree more Paul, and I hope that you share my views when it comes to the good, the bad, and the ugly!

Let’s ignore the bad and the ugly. They are not worth talking about, as they will be gone soon hopefully. Instead, let us focus our minds on the minority. In other words, the players who are worth keeping. We have a squad of 47 players with Town shirt numbers, and by anyone’s standards, this is much too big. It is probably the reason that we have had so many passengers here, and perhaps too, so many dubious sicknotes? Now it is time to cut our cloth according to our needs.

5. James Wilson: He is not flashy but is generally a no-nonsense defender, who looks assured at the back. Has more composure than most of our back-line but needs to tighten up on his marking.

6. Luke Woolfenden: He has admitted to having a bad season but the season before he was very good and he is still learning his trade. I hope Cook keeps him but only time will tell?

10. James Norwood: If he stays fit, and can cut out his petulance, he has the potential to deliver but staying fit and keeping his temper are two very big asks!

11. Jon Nolan: He is another player who has been plagued by injury of late. If he can stay fit then he should be retained because he is technically gifted and can score goals!

15. Teddy Bishop: He has lots of technical ability but can be blown off the ball too easily for my liking. Injuries have not helped him but he really has to step up to the plate and fast!

21. Flynn Downes: He exudes quality but his greatest weakness is his inability to score goals. He has this in his locker but so far has failed to find the key to it.

22. Toto Nsiala: I think he might avoid the cull because Cook has worked with him before. He needs to be nurtured, but Cook is the man to get the best out of this defender and cut out silly errors.

23. Andre Dozzell: I have mixed feelings about him. He makes far too many mistakes and has been a luxury that, so far, we cannot afford. Maybe Cook can get the best of him?

24. Kane Vincent-Young: When he is fit he is an exciting wing-back. Sadly, a lack of fitness has been his greatest weakness and in this league, he could be seen as a bit of a liability.

That is about it – apart from some of our younger players. Jack Lankester, Tristan Nydam, Brett McGavin, Idris El Mizouni and Armando Dobra, who are still learning their art.

I think there might be room for Myles Kenlock too but not for one of our regular keepers, and not for any of the old hands either. I think you know who I mean!

Well, that is my view on the subject, so what is yours? Do you agree with my choices – or do you think I am neglecting someone? Feel free to air your views.

2 Replies to “The Only Players Worth Keeping Are…”