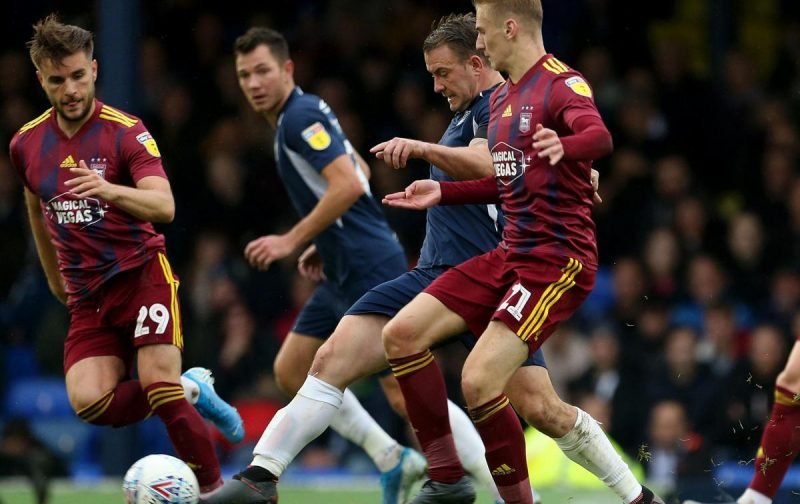 The most undervalued aspect of football is nous. Knowing when to pass, knowing when to shoot, makes it a team game with brainpower allied to technical ability.

Now, I will try not to be too cruel about this because these days we must accept the fact that we are a mid-table third division team, but if we are to ever improve our lot, then we have to understand the importance of making the right decisions on the field.

Far too many of the Town squad sadly don’t but let us concentrate mainly on those who do, in the hope that it might encourage others to follow suit. The scores posted are based on an authentic I.Q. So then, 160 is genius (Bill Gates) and 70 or below is a poor score.

Flynn Downes scores 150: He is far and away the most accomplished passer of the ball in the Town squad and he combines tenaciousness with intelligence. He always knows when to pass and when to shoot and rarely wastes a ball. Downes is a real team player and that is why we will do well to keep him if we fail to get promotion this season.

Cole Skuse 140: He has his critics and always has, but I think people quite often consider cautiousness to be a weakness but in his holding position role it is absolutely not. He reminds me in many ways of Mick Mills when he played in midfield for Ipswich and England. As I kid I used to think that when Mills hit a  sideways or backward pass it was far too negative but he was very much a team player, as indeed Skuse is, and players of that ilk are sometimes only seriously noticed when they make a bad mistake.

Luke Woolfenden 135: He is another young lad who has come through the youth ranks at Town to become an integral part of the team. He is a cool dude. He uses his intelligence – or his football brain to good effect. He is comfortable in his own skin and exudes confidence on the ball. Once again, he is very much a team player with undoubted ability, and we will do well to keep him if we don’t go up.

Will Keane 130: The fact that he used to compete with Marcus Rashford for a place in Manchester United’s first team, tells you everything you need to know about how highly regarded he is in the game. His brother is an England international and had it not been for a succession of serious injuries he could be playing in the Premier League as we speak. Keane may not have a lot of pace but he more than makes up for this with his football intelligence. He has quality in abundance and if he is over-elaborate at times, it is usually because players around him are not finding space and not using their brains!

Kane Vincent-Young 125: He has the lot. Pace. Intelligence. An eye for a pass. He knows when to pass and will normally only attempt a strike on goal if there are no other options available. Sadly, we have not seen enough of him to date but I have seen enough already to know he is very much a team player and a quality addition to the squad.

Freddie Sears 120: I like Freddie a lot and I am sure if he was not played out of position so much, his score here would be higher here. He sometimes tries to take on players when there is a pass available but this might depend too on whether he thinks the player running onto the ball will do better than he can? You could argue that this is Freddie using his football intelligence!

Luke Garbett 115: Luke seems to be a good name if you want to play this team game with an element of intelligence to it. Garbett started this season on fire, and we all know he has the nous in mainly making the right football decisions. Has faded a bit of late but so too has the whole team, and that is why it is vitally important he remains fit for the run-in and starts using his football brain once again.

Jack Lankester 110: He is a young kid learning his art, but he has already shown that he has a good eye for a pass and knows when to shoot. Successful teams are built around players like Jack, and the sooner he is up to pace again the better for everyone.

James Wilson 110: He is a very polished defender in my view and rarely makes any glaring errors. He uses his head to clear his back-lines without the need to make a fuss and he is very much a team player. It could be argued that he deserves a higher score.

Teddy Bishop 100: He has oodles of natural ability but is quite often harried off the ball by more physical footballers and this is a bit of a worry. He has all the attributes to excel if only he could remain injury-free. Team player? Well, he could be, because he does not lack a football brain but at the moment he is struggling with fitness more than anything else.

Jon Nolan 100: He can spot a pass and is intelligent enough to shoot only when the opportunity presents itself. Unfortunately, his careless distribution gets Town into a lot of trouble, and he has to focus more on the impact that is waywardness has on team spirit.

Kayden Jackson 90: Over the past few months I have seen a big improvement in his attitude. He is much more unselfish than he used to be and although being a bit selfish is a part of a strikers art, he has finally learned the need to look up and see other players in more advanced scoring positions.

Andre Dozzell 80: He should be right up there on a high score but sadly Andre underperforms too often and can disappear out of matches for what seems like an eternity. He is another player that is brushed off the ball far too easily, so he must try to use his undoubted football intelligence to rectify this.

Emyr Huws 70: A player who largely baffles to deceive. He has been struggling with fitness for some time and he is only now showing signs of his true worth to the team. At his best, he is a very intelligent footballer. At his worst, anything but!

Luke Chambers 55: I like captain Luke Chambers a lot but he does make some very rash decisions. He has a good pass in him and nobody would deny his commitment to the cause.  It is often a case of brain versus brawn and far too often brawn wins hand down!

So you can guess the rest. I am far too kind to tell reveal the details, except to say, the very lowest scored just 30 points!