The Footy Adventure Has Only Just Begun 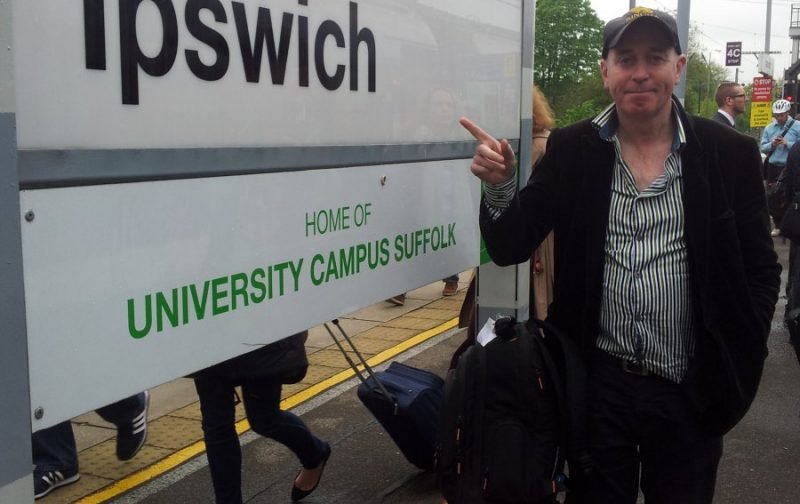 Drew Houston, the co-founder and CEO of Dropbox said, “Give yourself the freedom to make an adventure and go ever upward,” and Town boss Paul Lambert obviously agrees. His coaching methods to date personifies this inventive form of positive thinking, and he has bestowed upon the Town squad a sense of collective self-belief.

Lambert wants to make football a joy to play and a joy to watch and his football philosophy is born out of a desire to entertain, and if the Town players continue to buy into this ideology, then I believe that the only way is up for Ipswich Town football club!

The desire to attack and to play with freedom loosens the shackles that have prevented Town from expressing themselves on a football field for so long. Lambert wants to remind the players why they fell in love with the sport in the first place and to impress upon them that winning at all costs was not what it was all about.

His football ethos is refreshingly different from what has gone before and is clearly light years away from Roy Keane and even the inexperienced Paul Hurst. He also understands that given the Blues current predicament, which sees them at the bottom of the Championship and five points adrift of the rest, that we do need victories and fast but he is also aware that perhaps the only way to start winning games again, is if the players start relaxing a bit more.

It is no coincidence that some of the greatest footballers of all time have thought outside the box, and because they do not conform to training methods in the same way as others do, they can do things that others would not even contemplate. From George Best to Maradona the football genius is something that cannot be manufactured on a training pitch. Now, I am not suggesting for one moment that Lambert is about to produce a football genius from out of a hat but by giving his players more freedom to express themselves and relieve the pressure they have been under, is a big step in the right direction.

We have some fine young prospects coming through the ranks and some decent players like Teddy Bishop, Emyr Huws and Ellis Harrison on their way back and I sincerely believe that with P.J. at the helm, the only way is up for the Tractor Boys in the long term.

This is the very least the supporters deserve and the manager knows it! He gets the club’s proud history and how fans have suffered in relative isolation for far too long but he also sees how loyal the away following is and how – even after almost two decades outside the top flight of English football, they remain as loyal and as committed as ever. Long may that continue, and long may Paul Lambert hold the key to our future success on the field.

Is Youth The Proof Of Future Success?