Stroud Plays To The Crowd 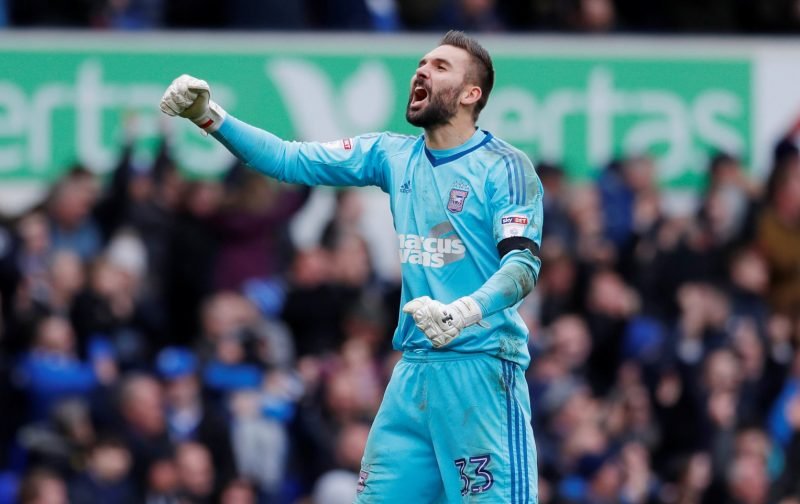 Bartosz Bialkowski was back in goal at Villa today and so too was wing back Myles Kenlock and Flynn Downes. Out of the side from Blackburn where striker Collin Quaner, Callum Elder and keeper Dean Gerken who all found themselves on bench-warming duties.

The home side were without playmaker Jack Grealish for a 10th successive game, as they welcomed back former boss Paul Lambert, who was making his first return to Villa Park since his sacking as Aston Villa boss in February 2015.

Town started lethargically and paid the price when Trevoh Chalabah gave a needless free-kick away on the edge of the box. Conor Hourihane sent over a beautiful cross that landed at the feet of Tammy Abraham, who guided the ball into the roof of the net from close range. Some criticism must be levelled at Bialkowski though because he failed to command his goal, and a split second of hesitation was his ultimate downfall.

The home fans thought that this was the beginning of a cricket score after scoring within the first ten minutes but the longer the game went on, the more possession the visitors had and although there was no cutting edge again, at least the Blues were keeping the ball on the floor. Apart from his initial error, Trevoh Chalabah was the stand-out player for me in the first half, and his deft touches and ability to pick a pass seemed to contradict Town’s position at the bottom of the table.

The second half began in much the same way as the first half and it was early in the second period that the Blues conceded another controversial penalty after 60 minutes. This time is what Alan Judge who was responsible for an alleged push on a player in the area and the kick was deposited with interest by Tammy Abrahams who has now accumulated an impressive 19 goals in the Championship. It was, however, a very soft penalty to concede once again.

Collin Quaner was introduced with around 30 minutes on the clock and he immediately made an impression. In fact, it could be argued that he should have had a penalty when he rounded the keeper only for his shot to be blocked in the line. Was it an arm? It looked as if perhaps it was, but the referee Keith Stroud made some dubious decisions all day and this is not the first time this season that Stroud has been the villain of the piece with some poor decision-making once again.

But the loyal away supporters got some reward for their long pilgrimage when Freddie Sears hit a scorcher from around 30 yards after substitute Collin Quaner fed the ball through to Downes, who in turn set Sears up with an intelligent sideways pass. It was only a consolation in the end but when your luck is down you get referees like this!

Town had started to worry the Villa defence and perhaps, even more, the Villa supporters. But then a serious injury to Collin Quaner interrupted the Tractor Boys momentum and although he continued he left the field, in the end, limping badly, and that just about sums up Town’s current predicament.