Sorry Paul But You Are To Blame 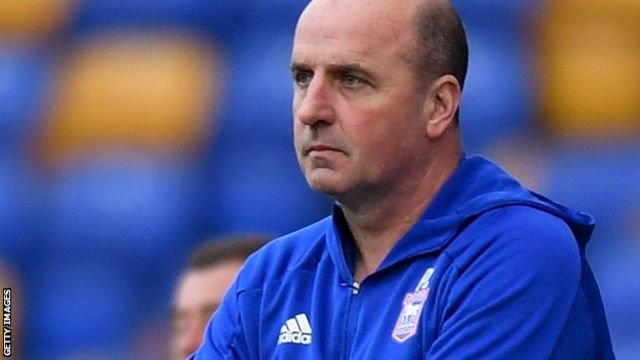 I know this was only the Papa John’s Trophy, but this was really not good enough. Manager Paul Cook may have fielded a half-decent team, but once again, as a collective, they failed to deliver.

Our manager will be the first to admit that this is a result led business, and almost every result since he took on the job, at the back end of last season, have ended in disappointment. He made changes tonight but should perhaps have fielded the whole side that failed so miserably against Bolton and give them all a chance to prove their worth. He didn’t and we lost again.

At Portman Road tonight, it was a familiar tale. Recalled striker James Norwood put us in front from close range after two minutes, only for us to concede again when  Keenan Appiah-Forson levelled for the West Ham United’s under 21 team on 12 minutes. To cut a long story short, there was not a lot more to report, and certainly not in a positive way. Young debutant Albie Armin was arguably the pick of the bunch, and Sam Morsey, making his first-team baptism, looked the part as well. Kayden Jackson was pretty good until he came off with an injury, but very few others stood out.

Midway through the second half Tomas Holy fumbled the ball and it looked certain to have crossed the line, but there is no VAR at this level, and the referee Charles Breakspear waved away the visitors appeals, to the obvious astonishment of everyone!

This was only the beginning of our troubles.  When Baptiste headed the ball wide of goal, he was belatedly sent flying by a late Holy punch. Referee Breakspear pointed straight to the spot and Okoflex confidently sent the ball into the bottom left-hand corner of the net, to give the young Hammers the lead. I rather think the referee was perhaps making amends for his previous misjudgement but whatever it was, the visitors were ahead with just minutes remaining.

And even when West Ham went down to ten men, as Ekwah dived in on Siziba after already receiving a yellow, it made not a jot of difference to the result. Town huffed and puffed to the end, but the result is the most painful one of all here. No wins so far, in any competition, and another sorry defeat.

The clock is ticking Mr Cook. I desperately want you to succeed, but it is now becoming increasingly likely that you probably won’t.

Marcus Evans might have given you a bit more time to redress the balance, but under new American ownership, I rather suspect that your number is probably almost up.

4 Replies to “Sorry Paul But You Are To Blame”