So Freddie’s Not A Striker Then? 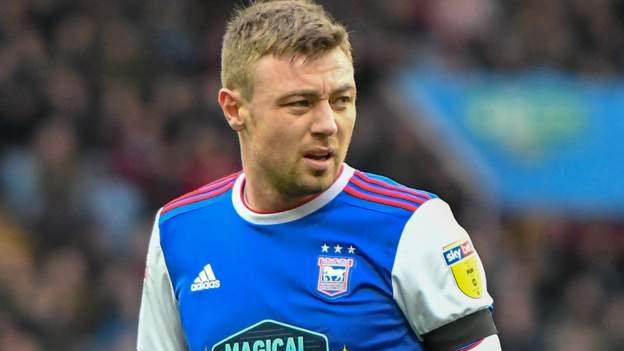 The first half at Portman Road was disappointing, but a reshuffle at the break ensured that Lambert has discovered a winning formula. For far too long, Freddie Sears has been played out of position on the flanks, when we all know that his most effective position is down the middle. Lambert, who was seriously short of strikers, decided to play him there belatedly at the restart and what a world of a difference this made; not only to Town’s team performance but also the result!

It is no coincidence that when Sears played here before, he was at his most prolific and of course in 2015,  he finished with nine goals in his debut season and formed an effective twin partnership with 27 goal Daryl Murphy as Town reached the play-offs, finishing sixth in the table. When Murphy left, former boss Mick McCarthy started to employ Sears out on the flanks and this pattern has continued under Paul Hurst and Paul Lambert.

I just hope that after this display, the manager will see the benefits of playing Sears as an out and out striker, where he can use his pace to maximum effect. There is no finer time to do it either, as we are so short in the striking department and as I have intimated before, playing Sears down the middle adds a different dimension to our attack.

The worry is that Lambert has not really noticed this, as his remarks to the press later seemed to suggest. “Considering we had no strikers, it’s an incredible win. That’s the first time I think I’ve played without a striker.” Without stating the obvious, I must remind our manager that he actually has one, and that is the main reason we won the game. His name is Freddie Sears!

This was very much a game of two halves at Portman Road. The first forty-five saw Accrington pepper the Town goal with shots from outside the box but they looked far more threatening than us and could easily have gone in front. We largely rode our luck until the interval reshuffle, which saw Gwion Edwards move to his favoured left flank, with Alan Judge moving to the right side of a three-man attack and what a striking difference this made.

It worked a treat, and it was if we were watching an entirely different team in the second half such was the vibrancy of the performance. Edwards took his goal exceptionally well, having been fed in by Sears and then provider became goalscorer after Judge played him in and he cleverly chipped the keeper to give Town all three points to stay on top of the League One table.

The referee was Robert Lewis from Shrewsbury.