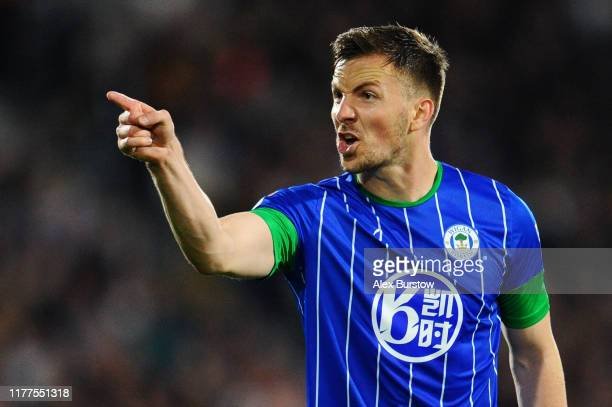 We have waited some time for this. Finally, we appear to be heading in the right direction when it comes to signings. Yesterday Town signed Wes Burns from Fleetwood Town for an undisclosed fee, and today there is talk of another player who is close to signing for the Blues. This is good news, and it has not come soon enough!

Burns scored a brilliant breakaway goal against us at Portman Road at the back end of last season, and he is a very aggressive all-action kind of player. He is also very versatile. He can play wing-back, midfield, upfront, and perhaps most importantly of all, he has goals in him!  I like the look of this player. I know it is a very subjective thing to say, but he seems to have hunger in his eyes! Fleetwood were going nowhere that day, but it did not stop Burns running more than half the length of the field to get on the end of a fine run and to finish with aplomb. He managed to outpace our defence, who even had a head-start on him. That was impressive!

Next one up is another 26-year-old midfielder from Wigan Athletic called Lee Evans. ( You will be relieved to hear that he is no relation to our former owner – even if he does share a very common Welsh surname.) As I write this, he is currently undergoing a medical at the ground, and he is likely to be announced later today that he has signed on the dotted line for Ipswich Town.

I think they are both good signings. Evans played a pivotal role in all three of Paul Cook’s seasons when in charge at Wigan. He knows the player well and has been on the club’s radar for some time. He will come in on a free, which might alarm some people, but he could have stayed in Lancashire when his contract ended. He choose not to sign a contract extension, and instead had his sights set on the Blues and a reunion with manager Paul Cook. Now it looks as if this is going to happen. He is another solid physical type who will give the side some much-needed depth.