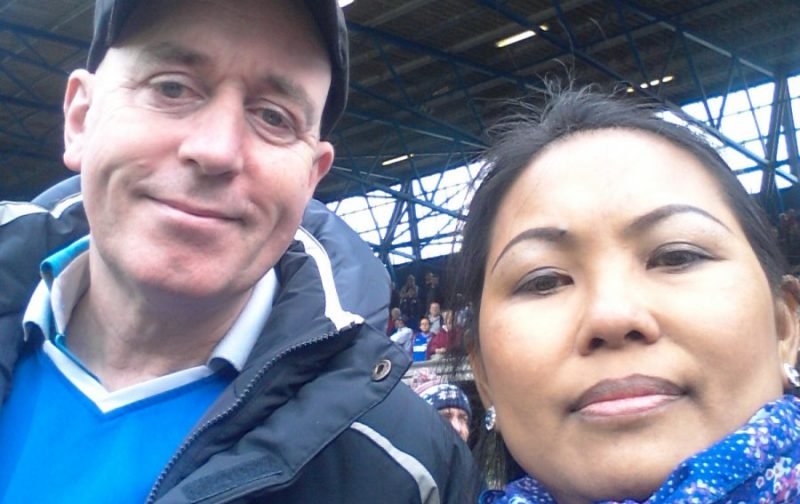 Having supported the Blues for more than half a century, it has not always been bad news. Here are my top ten most memories of the best of the rest.

1.IPSWICH WINNING THE F.A.CUP: This has to rank as my all-time favourite moment for a number of reasons. Town were rank outsiders, and on paper at least, the Blues did not have a hope in hell. But football is not played on paper, and the Suffolk club outclassed the favourites with a bag of goalscoring chances before, in the end, it was unfashionable Roger Osborne who pounced with the winner with just twelve minutes remaining. Osborne was subsequently mobbed by his team-mates and with the local lad felt a bit faint, he was replaced by substitute Mick Lambert. John Wark and George Burley could have made the scoreline even more remarkable but the post and bar came to the Gunners rescue.

2. IPSWICH WINNING THE U.E.F.A. CUP: In the first leg at Portman Road, Town looked to have done enough. John Wark put the home side ahead from the penalty spot after half an hour, and a rare Frans Thijssen header doubled the lead just after half-time. Paul Mariner then increased Town’s lead, and it seemed all over bar the shouting, against a poor AZ Alkmaar from the Netherlands. But Town being Town you just never knew? They had thrown away three goals lead in Europe before against Lazio and the second leg in Amsterdam was full of goals but not all of them for the Suffolk side.  FransThijssen scored again for Town after only four minutes to give the Blues a 4-0 aggregate lead but then Dutch side quickly levelled on the night and then scored again after just 25 minutes! Then Wark netted before AZ scored once more before the break and they led on the night 3-1! When AZ scored again, with 17 minutes remaining, it was a nerve-jangling finale but thankfully the men from Suffolk held on for a very memorable victory!

3. MEETING SIR BOBBY ROBSON: I used to work for a hospital radio station on Merseyside, and I contacted the club with a view to interviewing one of the Town players prior to their game against Liverpool at Anfield. Mel Henderson arranged things and true to his word, Sir Bobby met me at the hotel foyer. It was in the lates seventies, and Mr.Robson was a real gent. He introduced me to the club directors before he marched me into where the players were having breakfast. ” Come on lads I want a few volunteers to do an interview with Frank – he works for a charity hospital service. You’ll do it won’t you Mick” His finger pointed firmly in the direction of club captain Mick Mills who nodded approvingly. I would have been happy with that but Sir Bobby wasn’t! ” Come on lads, I want to see more hands!” In the end, both Paul Mariner and John Wark raised theirs too, and I ended up with three interviews, instead of the one I had been expecting.

4. IPSWICH 3 BARCELONA 0: This was another Uefa cup game played at a packed Portman Road on the 23rd November 1977 and against a Barca team that included Johan Cruyff and Johan Neeskens to name but two. Goals from Eric Gates, Trevor Whymark and Ipswich born Brian Talbot ensured the home side were victorious, against the best that Spain could offer.

5. IPSWICH 1 REAL MADRID 0 : We have to go back to September the 19th 1973 for this one but what a memorable game it was. In front of a 25,000 crowd at Portman Road, the blues defeated the other big Spanish giant thanks to a Benito Rubinan own goal, after a powerful drive by Mick Mills deflected into the net, sending keeper Mariano Garcia Remon the wrong way!

6. EVERTON 0 IPSWICH 4: We are into the eighties for this memory and a top-flight First Division encounter. I was up in the stand when cushions rained down onto Goodison Park, as supporters called for Everton manager Gordon Lee to be sacked. This was a demolition job from the visitors, and two goals from Alan Brazil (should have been three) Paul Mariner and Eric Gates ensured that the Town went home happy. I even had my letter published the next week in the Liverpool Echo and the headline read: Ipswich Teach Everton A Footballing Lesson!

7. THREE TOWN PLAYERS IN ENGLAND’S WORLD CUP SQUAD: The year was 1982, and England boss Ron Greenwood picked three Town players to take with him to Spain when the squad was whittled down to 22.  They were Terry Butcher, Mick Mills and Paul Mariner. In the provisional 40 man squad, we also had Russell Osman and Eric Gates! Those were the days indeed!

8. KEVIN BEATTIE MAKING HIS DEBUT FOR ENGLAND: ‘The Beat’ had already played nine times for the England under 23 team, before he got called up for his first full cap against Cyprus in a 5-0 win at Wembley under Don Revie in April 1975. I had the pleasure of watching Beattie on so many memorable occasions, and he still ranks as my all-time favourite player. What a pity then that because of a succession of career-threatening injuries, he only played for England nine times. It should have been fifty at least.

9. THE SIR BOBBY ROBSON TESTIMONIAL: I shall never forget the atmosphere as I walked into Portman Road that night. There were 23,000 plus supporters in the stadium, as an England eleven that consisted of Mick Mills, Terry Butcher and Russell Osman took on an Ipswich team, which boasted in their ranks a cameo appearance from George Best after the interval. What a delight it was to see ‘Besty’ in an Ipswich shirt, and if memory serves me correctly he was responsible for pulling back a two-goal deficit, as he laid on two inch-perfect passes for Alan Brazil to run onto. I still have the program somewhere, and it a match that will live very long in the memory.

10. A PRIVATE VISIT TO PORTMAN ROAD: Thanks to Ipswich Town Media Manager Steven Pearce, my wife and I travelled over from the Netherlands on a trip to Portman Road. This was not just any visit. It was arranged so that we could walk around the stadium and take in the air. It may seem trivial by comparison to what has gone before but this personal pilgrimage meant everything to me, and I am still indebted to Steve for making it happen. This ground holds so many many memorable moments, and they will continue to live on, in all their glory, until the day I die.