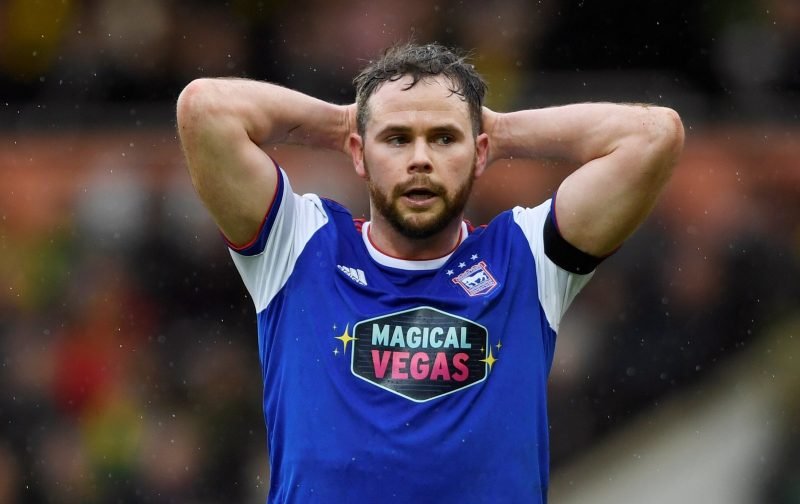 My column today is all about the good, the bad and the indifference, and yesterday at MK Dons, we had a bit of all of it. To get something out of this match when they Blues played so poorly for large chunks of it is something we might cherish in the long run, when our end of season points tally are totted up. This was a point we hardly deserved in truth.

Losing Flynn Downes shortly after he entered the fray was a huge blow, but manager Paul Lambert’s double substitution did not help our cause. I am still bemused at to why he did not bring on Kayden Jackson? I mean, we wanted those three points didn’t we, and the rather lame excuse that perhaps Jackson was not 100% fit does not wash with me. If he is not fit enough to play some part in proceedings, then why on earth is he on the bench in the first place?!

Jon Nolan’s rather fortuitous seventh-minute opener was completely against the run of play but it served to knock the stuffing out of the home side, who had yet to win this season. It took MK Dons quite a bit of time to regroup but once they did, they totally dominated the play, and I was fearful the final whistle would not come quick enough in the end.

As to how the Town players performed yesterday it was another mixed bag. Central defenders James Wilson and Toto Nsiala both did exceptionally well again, and Luke Chambers did little wrong in his role as a re-invented wing-back. Sadly, Tomas Holy in goal looked solid enough until we found ourselves playing with ten men and suddenly, he was only half the man he used to be, as he began flapping at crosses and dropping balls in the danger zone. In the end, he was lucky not to concede again, as he became more nervous the longer the match went on.

In midfield, the stand-out performer was probably Jon Nolan and not just for his goal but in the way, he kept trying to make things happen. Teddy Bishop, Andre Dozzell and Alan Judge when he came on, did little to influence the game and they should all be disappointed with the way they played. Judge’s hospital pass to Downes is the reason he limped off.

Upfront, Freddie Sears looked sharper than I have seen him for some time and should have increased Town’s lead in the 18th minute when he drove the ball just wide of the post, after a fabulous run by James Wilson let him in. Oliver Hawkins huffed and puffed but to little avail and our attack was largely toothless throughout.