There Are More Signings On The Way 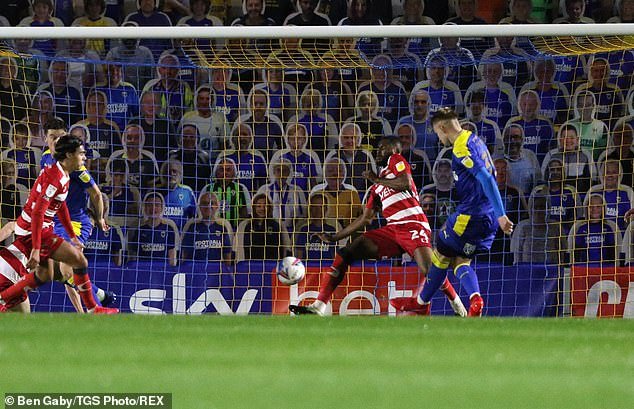 This is a very good time to be an Ipswich Town fan, and how long is it since we said that? We have new and ambitious American owners who run against the grain of those over the pond buy-outs in that they actually love their football!

Then we have one of the most versatile singer-songwriters on the planet who has not only agreed to sponsor our shirts but also wants to play another gig at his beloved Portman Road!  Ed Sheeran is a true blue through and through!

What is there not to like about the forthcoming season? Our massive debt has been wiped off, and we have some money to spend at long last.  Add to that, a new manager who knows his football and has already bought well, and surely most of our glass is half empty supporters must now be of the view that our glass is half full! I think it is actually going over the rim!

Now, I know we have had false dawns before, but this somehow feels different. It is as if all of those football jigsaw pieces have fitted together, and there is a unity of thinking across the board. It is a very long time since I have felt this way, and two new signings in 48 hours have convinced me even more, we are actually going places! They are not just any old signing, but quality players, and I have been impressed with our recruitment so far.

Lee Evans thinks that the faith shown in him by manager Paul Cook was the main reason for him moving to Suffolk. The 26-year-old’s contract with Wigan Athletic will expire at the end of June, and then he will team up with the Tractor Boys on a free transfer. Evans told the club website of his joy in joining the Blues. “This is a huge football club and it’s a massive honour to be here. It’s been a great day for me, signing for a club like this and I’m already looking forward to pre-season.”

And Ipswich’s other new signing Wes Burns was equally upbeat about his move to the former East Anglian giants. “I’ve played at Portman Road a few times as a youth player and as a pro, and it’s always had a great atmosphere. It’s a fantastic stadium for a massive club with great history. I’m looking forward to it being my home ground.” That is what you call appreciation. What a pity so many of our current squad seem so oblivious to it.

But Town manager Paul Cook is very far from finished, with the club’s American owners keen to build a squad capable of challenging at the very top end of League One next term. Ipswich has been linked with summer moves for Sunderland duo Josh Hawkes and prolific striker Charlie Wyke, and former captain Max Power is also on the club’s radar, we are told.

Add to that the news that Ipswich Town target and former loanee Callum Connelly has finally been released by Everton, and there is every hope of more imminent signings early next week. St Johnson have also agreed to release 27-year-old striker Guy Melamed on a free transfer, and he has been tracked by the Tractor Boys for some time. He scored 7 times in 23 appearances in the top flight of Scottish, football after arriving in October from Maccabi Netanya, and could still be of interest to the Blues.

And let’s not forget AFC Wimbledon striker Joe Pigott after the 27-year-old announced his intention to bid farewell to the Dons after four prolific seasons in South London! Pigott has scored an impressive 54 goals in just 157 appearances for Wimbledon, making him one of the hottest properties outside of the Championship. I would dearly love Town to get him!

4 Replies to “There Are More Signings On The Way”