Losing Him Was A Huge Mistake 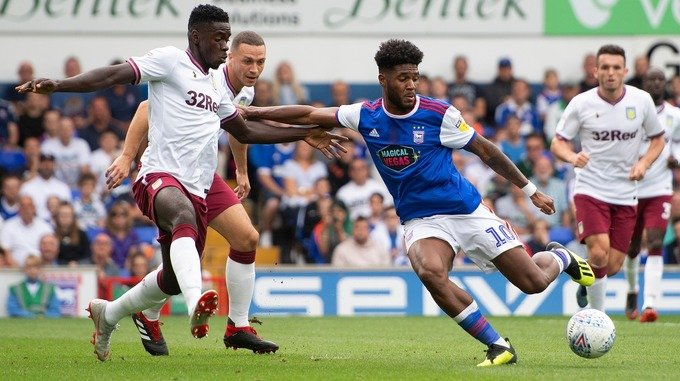 The Paul Hurst era is one that we would all like to forget but there was one player who he signed that we have let through the net and now it’s costing us.

From day one I felt that this player had what it takes to go right to the top but for one reason or another, this was not the view of manager Paul Lambert.

Who am I talking about? Well, the clue is that he signed a two-year contract on the 23rd of July, 2018 and with an option for a third year. He joined the club for an undisclosed fee but it was believed to be somewhere in the region of £750,000. Still not there and that photo above does not help? OK then, he scored his first and only goal for the club in a 1-1 draw with Sheffield United on the 22nd December 2018, before a long term injury blighted his progress and I am talking of course about Ellis Harrison.

Eleven months later Harrison signed for Portsmouth a fee of around £450,000 and since then the former Bristol Rovers frontman has battled primarily with lanky forward 27-year-old John Marquis for the lone striker role in Kenny Jackett’s side.

Before Covid-19 reared its ugly head, Marquis was leading in the Fratton Park scoring charts, with 14 goals to Harrison’s 10 but it was not just in the scoring department that Ellis made such a difference to the team. The 26-year-old was also admired for his unselfishness. He was very much a team player with impressive technical ability and he was good in the air.

On-loan Rangers central defender Ross McCrorie believes Harrison is worthy of the player of the season award and he would certainly get his vote. He said of the player, “Ellis has played a big part for us upfront. The way he’s played has been great and has been a huge part of our team, especially holding the ball up and being able to get us up the pitch. He’s got a lot of attributes to his game. He can get in behind, hold it up, score goals and he likes a header. That’s the good thing about him and he’s always around the box.”

He is not the only person who has been knocked out by the contributions of Ellis since he left Ipswich.  Kenny Jackett has been a long time admirer of the player, who he thinks has enormous potential.  “Ellis is a quality striker who has an abundance of talent that is yet to fully reach fruition, but he has all the attributes at his disposal to go right to the top in this game.”

It was former Blues striker Marcus Stewart who recommended him to Ipswich Town and he knows a bit about striking prowess. Sadly, we never saw the best of Ellis at Portman Road but there were glimpses of his undoubted talents when he scored a sublime goal against West ham United, in the final warm-up game of last season, and his only competitive goal against the Blades was pure quality too. I thought both goals were blessed with class.

I firmly believe that our season would have been much more rewarding had Harrison stayed with us but Lambert never really got to see the best of him because of that long term injury, which left him out of the first-team picture and sidelined for far too long.

Now here is where I put the cat amongst the pigeons! I think he is more technically gifted than James Norwood and Kayden Jackson, and although he will never be a prolific goalscorer, his all-round play exudes quality and this is something that the Blues seriously lack.  Portsmouth are in fourth place in League One and Harrison has been a major contributing factor in their more recent revival.

He is the one that got away, and I am not surprised in the slightest that Pompey are threatening to leave us in their wake.

2 Replies to “Losing Him Was A Huge Mistake”