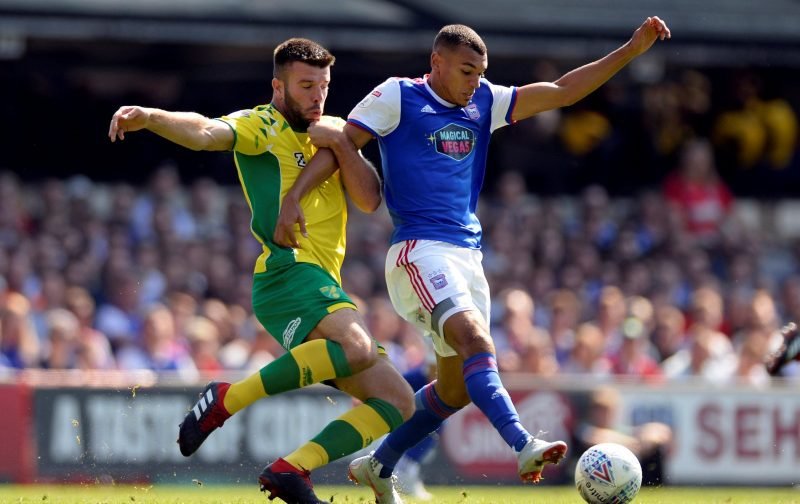 Kayden Jackson gets a rare start up front for Town this evening away at Bristol City and the young striker has something to prove. With Paul Lambert facing a dearth of attacking options, it was inevitable that he would look to the former Altrincham forward to get him some much-needed goals.

Jackson performed well when replacing Quaner in the very admirable team display against West Brom away, which saw Darren Moore lose his job as the Albion boss. Trevoh Chalobah could replace Cole Skuse in midfield too if the Ipswich manager is prepared to gamble for goals, and let’s face it, he has very little to lose. There is a little rumour too from an insider at the club that Andre Dozzell could also start.

Matthew Pennington and Flynn Downes have returned to training and could feature having missed Saturday’s draw at West Brom but I think Lambert will not want to ticker too much with a Town side that impressed at the weekend. Ellis Harrison is also nearing fitness and may be on bench-warming duties at Ashton Gate this evening.

For the home side, Korey Smith has returned to training after a long-term knee injury which has kept him out for much of the season, but he is not expected to be selected this evening – although he could be one of their substitutes. Bristol City goalkeeper Niki Maenpaa still has a niggly calf injury, which forced him to miss the loss to Leeds, so Max O’Leary  is likely to be in goal for them again.

Ipswich Town have lost their last four league visits to Ashton Gate against Bristol City but we all know that stats are there to be broken and with a big away following to give them verbal encouragement once more, there is every hope that the Blues can get something from the game tonight.

Interestingly, Famara Diedhiou is the only Bristol City player to have scored more than two league goals at Ashton Gate this season so you never know.