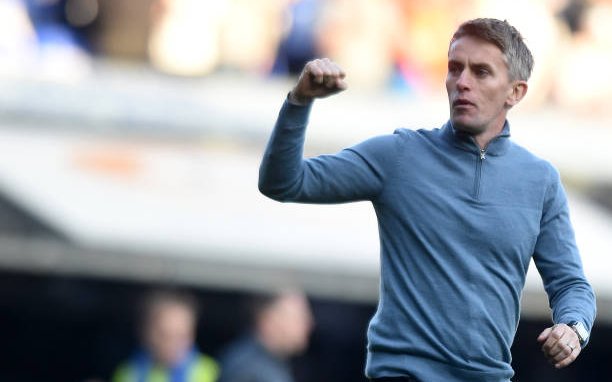 Manager Kieran McKenna made the best of what he had last season, but it is essentially his team now, and with six new signings and more on the way, it promises to be a huge step forward. Perhaps the biggest problem he has is picking his favoured eleven.

Into the side will come Marcus Harness, and not just because he scores goals. He can play on either flank or just behind the central striker. Harness brings to his game the ability to make strong tackles, and he is intelligent on the ball. He can find a good pass too, and his footballing repertoire will make him a real asset for the Blues.

A player who has battled his way into the starting line-up is free-signing Freddie Ladapo. At 29, he is the ideal age for a striker and has a long history of scoring goals. He scored 14 in 26 appearances for Gray’s Athletic on loan,  25 goals in 53 for Margate, 18 in 45 for Plymouth and 34 in 104 appearances for Rotherham United. At 6ft 2 inches, he has pace to burn for a big man and possesses deceptively skilful ball control. He scored our equaliser against Millwall on Saturday, so he is bang in form.

Another player who I think will find himself in the starting line-up is Dominic Ball. He normally plays in midfield in more of a defensive role, but his hunger to play will probably give him the nod. At 26, he is the same age as Harness but their styles are not at all similar. He is also 6ft 2 inches and is good in the air and solid on the ground. He is not a prolific goalscorer, but he is adaptable and can play anywhere across the back if called upon. Like George Edmundson, he spent time across the border with Glasgow Rangers a few years ago. His book testifies to the trials and tribulations of being a professional footballer. He most certainly knows the score!

Our other three recruits will probably be on bench warming duties – or out of the picture altogether for the moment. Greg Leigh is now an understudy to left-wing-back Leif Davis, but even Leif might have to sit this one out for the moment. He is knew to the club, and Saturday might come a little too early for him. Tyreece John-Jules will probably find himself on the bench along with our other striker Kayden Jackson.