It Was Tragic We Lost The Magic 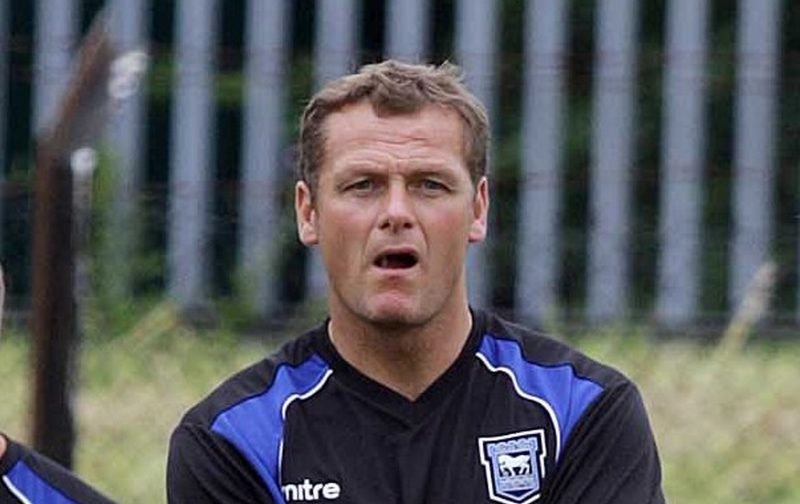 Jim Magilton was not everyone’s cup of tea as our new manager but in hindsight, I feel sure that owner Marcus Evans regrets off-loading Jim Magilton so quickly. Our love for him as a player was not matched for our love for him as our manager, but when the money started to be spent on players, supporters and the media seemed to think that it would be better spent in someone else’s hands.

On the 5th June 2006, Jim Magilton took over as the gaffer after Joe Royle left the club by mutual consent.’ Gilts’ was adored by the fans as a player, and when he took on the job of managing the club without any managerial experience there were a few raised eyebrows. We all knew about his motivational skills as a Captain, but could this really be translated effectively into team talks and tactics? The jury was out on whether this was a speculative recruitment plan?

In those days, of course, we still had David Sheepshanks and Derek Bowden and they were working to a strategy. Magilton’s role was to execute it but this was a severe learning curve for the Northern Irishman, who was still feeling his way around. At just 37 years of age, would the players feel any distance between themselves and him and perhaps, more importantly, could he endear their respect? Remember, he had never managed a club before.

In his first season at the helm, Town finished 14th with a mixed bag of results. Town had won 18 and lost 20 of their 46 Championship matches and the rest were draws. Most supporters were largely forgiving, because this was his first attempt at managing a club, and because of his past history as a player, he was still enjoying a long honeymoon period. But in December 2007 – just four months after ‘Magic’ had got the job, Marcus Evans arrived on the scene, and with money to burn at the time.

As he said in his interview published on the TWTD website, this was a big turning point. ” That was huge. Obviously huge in terms of expectations and huge in terms of it being something that we’d been looking for, it was something that everyone felt was going to change the fortunes of the club right away, instantaneously. I talk about instant success, instant reward, instant gratification, no real longevity, loyalty becomes tainted, if you like, or blurred.”

The next season, Town made a very a strong challenge for promotion but were denied the chance, thanks to adverse results on the last day of the campaign. The Blues might have got there comfortably, had it not been for those draws, which amounted to 15 in 46 matches. In the end Town finishes eighth – just one point off the play-off places. All things considered though, this was a vast improvement on the previous season season, and Magiltion, let’s not forget, was still learning his trade. They even ended the season with a win 1-0 at home to Hull City but too many points had already been lost before this to save the day.

But sadly, the next season was, by comparison, considered to be a huge disappointment. The media and fans were now on Magic’s back and on the 22nd April 2009, Magilton was shown the door. His attempts to bring in players were thwarted by flukey medicals, as in the case of Newcastle striker Shola Ameobi, and long term injuries to exciting new recruits, such as Argentinian winger Luciano Civelli. Every manager needs a bit of luck but sadly Jim got none of it.

Ironically, Jim Magilton’s last game in charge was the 3-2 defeat of arch-rivals Norwich at Portman Road, when 18-year-old youth Academy player Danny Haynes scored a brace, but the decision had already been made to rid him of his services to the club.

” I wasn’t prepared for being sacked after the derby win, and I felt we played really well in the Norwich game. Going home, my mum was in intensive care,  ” Magilton explained. Simon Clegg had just been installed as the Chief Executive of Ipswich Town replacing Derek Bowden and try as he did he could not make contact with him. He continued,”For for 24 hours my mum is in intensive care and I couldn’t get hold of the chief executive nor the director of communications, (Terry Baxter). They never rang me to ask about my mum,”  and when Marcus Evans did finally call it was to arrange to see him the following morning at 10.00 am, as an afterthought, he mentioned his mum. Exasperated Jim gave him a piece of his mind. ”  Marcus, – too late! You’re too late. That should have been the first thing you asked!”

And so there ended a beautiful relationship with a former player and and a former manager, who did not get the rub of the green. It was truly tragic that we lost our beloved ‘Magic’ and the local press should feel some degree of accountability for why it happened.

2 Replies to “It Was Tragic We Lost The Magic”