Is This All Too Good To Be True? 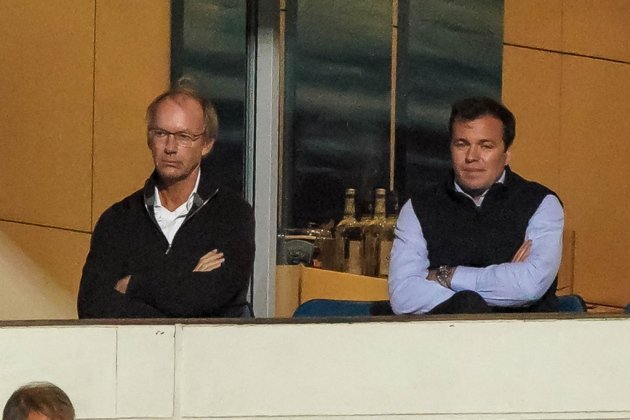 Ipswich Town have been taken over by an American consortium, and this is something that I was sure would happen. One month ago,  an article in The Guardian newspaper suggested as much, and as we were NOT dealing with a popular tabloid here, I felt sure there must be a lot of truth in it.

Former owner Marcus Evans must be a relieved man today. It was the worst kept secret in football that negotiations to buy the club were ongoing, and I think new boss Paul Cook knew all about it before he agreed to join.  Otherwise, he would have held out for a contract with a Championship club. He kept mum as negotiations continued but the appointment of Cook, who left Wigan in July, was overseen by Evans and the former regime, but it was on the recommendation of the new incumbents. They wanted their man at the helm.

The consortium, which is called Gamechangers 2020, also owns American side Phoenix Rising FC  and they have promised to invest heavily in the squad. Three board members will be involved.  Co-owners Brett Johnson, Berke Bakay and Mark Detmer will have a hands-on role, and the transaction is said to be worth around £40m. Ultimate control of Ipswich will be handed to an Ohio-based investment fund named ORG, which oversees a large US pension fund and owns 90% of Gamechanger 20. I am not sure those pensioners will rest easy tonight!

Evans was apparently reluctant to sell the club until a suitable buyer could be found.  But after 13 years of abject failure, which has seen the Blues go steadily backwards over many seasons, he felt that he could do no more to rescue a club he had initially invested heavily in. When Evans came out with the phrase, ” Be careful what you wish for,” it was met with anger and disbelief by many Town supporters.  He later apologised, but it has made me think. Was he referring to a managerial change or a change of ownership?  I guess we might never know.

And as Town fans rejoice everywhere, I would add a note of caution. American businessmen tend to know even less about football than even Marcus Evans, and they can be impatient for success. I guess we are all impatient for success, but impatience invariably comes at a price.

If things go pear-shaped will they cut loose and leave their failed legacy to someone else? What will the club be worth then I wonder? Well, much will depend on what division we are in, but for the moment, we should be thankful to Marcus Evans for agreeing to hand over the reins to someone new.

For the record,  Brett Johnson is the founder of Fortuitous Partners, a sports investment fund, as well as being the founder and CEO of a private equity investment firm based in California.

Perhaps our new slogan should be “Make Ipswich Town great again!” God knows. We all deserve that!