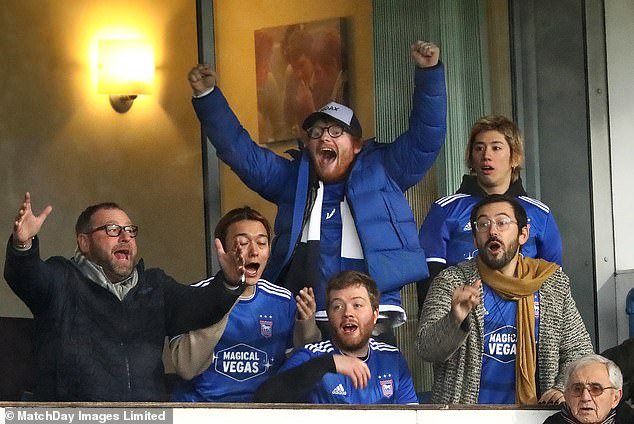 We already know that thanks to worldwide music superstar Ed Sheeran, Ipswich Town shirts are selling faster than they have for over a decade, and sales are up by a staggering 70 per cent since last season. The official website also predicts that season tickets sales will be higher than they have been for six years or more, so what is going on?

The new Town selling machine these days is a 30-year-old singer-songwriter. Edward Christopher Sheeran, (MBE) wasn’t even born in Suffolk but in Halifax in Yorkshire, and yet at four years of age, his family decided to move to Framlingham in Suffolk, and the rest, as they say, is history!

Once our Ed fell in love with football at a very early age, he also fell in love with Ipswich Town, and slowly but surely, his influence has become more and more apparent to the outside world. Sheeran has sold more than 150 million records across the globe and to date has recorded five albums – the latest of which will be released shortly and is emblazoned upon our new footy shirts!

Having a megastar such as Ed in our midst has untold pulling power. If you were a player who was interested in moving to another club and just happened to love his music, might you be swayed to reject all other offers and head down to Portman Road? I am convinced that some of our new incumbents might quite like the idea of wearing a shirt that is advertising the talents of an artist that they love – especially if they have bought everything produced by him!

Equally of course, if you hated his music it might just put you off, but I would imagine that you would be in the minority here. Most of the people who buy his music fall into the 20/30 age range and that neatly coincides with the age group that we are currently recruiting from.

Let’s face it, folks, we are very lucky to have Ed on board, and I am quite sure that our new owners,  the manager, the CEO, and everyone associated with the club, will be thanking their lucky stars!