In Memory Of The Great Man 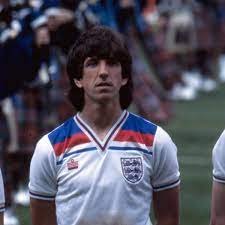 The sad passing of former Town centre-forward Paul Mariner has left us all feeling a bit despondent.

Sir Bobby Robson bought him from Plymouth Argyle in 1976, and this is when his football career really began to take off, and the rest, as they say, is history.

And yet, it was his goal scoring habit that brought him to the attention of Ipswich Town. For the Pilgrims, he netted 56 goals in 135 appearances, and in his eight years at Portman Road, he scored 96 times in 260 games. His best season at Town was probably the 1980/81 season when he scored 26 goals in just 36 appearances.

I had the pleasure of interviewing him for hospital radio, along with John Wark and Mick Mills in 1979. I found him to be a charming and intelligent individual, with an irreverent sense of humour! Mariner made his debut for England as a substitute in a 5-0 win over Luxemburg at Wembley in 1977, and he went on to play 35 times for his country, scoring on 13 occasions.

Today the players wore black armbands in memory of a forward whose contributions to club and country will live long in the memory. For the record, Ipswich defeated Dartford at Princes Park in their first pre-season friendly. All six of the Blues summer signings started the game.

As was to be expected, Wes Burns, Lee Evans, Rekeem Harper, Rekeem Harper, Macauley Bonne, Vaclav Hladky and Matt Penney were substituted as the game wore on. Tawanda Chirewa, who made his senior debut as a schoolboy at Colchester in November 2019, scored the winner when he curled the ball home beautifully on 73 minutes.

The game was preceded by a minute’s applause in tribute to Paul Mariner, whose passing was announced this morning, and during the match Tractor Boys and girls sang songs in memory of this legendary striker who was my all-time favourite Town player after Kevin Beattie. Sorry, Warky, you are third in my books, but at least you are still in the here and now!

After retiring, Mariner worked as a football pundit for BBC Radio Lancashire, and then was named Director of Player Development for Toronto FC in 2011.

Peter Reid, who worked with Mariner at Plymouth said this, “I have known Paul for a long time, and working with him has been fantastic.  I’m sure he will be successful in everything he does in the future. He’s a great personality and someone who is a legend with the fans at this football club.”

In 2012, he was appointed as manager of the Canadian club but because of indifferent results,  only remained in the post for around 12 months. He was diagnosed with cancer relatively recently, but after a brief illness, sadly left us on the 9th of July. We will all miss you, Paul.

2 Replies to “In Memory Of The Great Man”