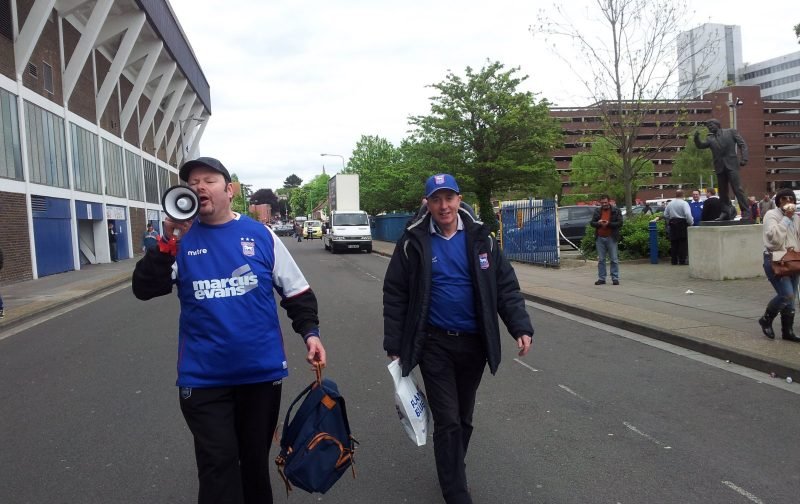 Football prophesies rarely come true, but in my alter-ego state, I predict that Ipswich Town will win today 3-1 and that James Norwood and Kayden Jackson will score! I am putting my money where my mouth is on this with both William Hill and Unibet, but there is a doubt about one of our strikers – so I won’t bet on the goalscorers – just in case!

You are, of course, welcome to join me, but don’t put your mortgage on the result because we are talking about Ipswich Town here. Football is notoriously unpredictable enough, without throwing the Blues into the equation! Manager Paul Cook is in desperate need of a victory at Portman Road this afternoon, and I am convinced he will get it. He has another week with the squad, and although more injuries threaten to disrupt the very best of his plans, I can only see one winner today.

The man in the other dugout is Joey Barton and he’s a man who knows our man very well. They are both from the same neck of the woods on Merseyside and have mutual respect. This is something that our former boss Paul Lambert struggled with. Making acquaintances did not come easy to the man, and he seemed to fall out with almost anybody at the drop of a hat!

We now move on. We have a very affable man in charge and Barton was no longer scathing about the Ipswich squad when he was interviewed recently. On the contrary, it was quite the opposite.

“They’ve won one of those opening six games. In the same period we’ve both been at the club, we’ve managed to pick up seven points, and they’ve picked up five, so it’s maybe not an Ipswich Town side firing on all cylinders. But it’s still an Ipswich Town side and a side managed by Paul Cook, and we’ll have to be at our best to get anything out of the game at Portman Road.”

Cook may also break the habit of a lifetime and depart from his familiar 4-2-3-1 formation and play two strikers upfront. This is what fans have been screaming for, and now that most of our forwards are fit again, it could be the perfect time to experiment!