Only A Few days To Find A Replacement 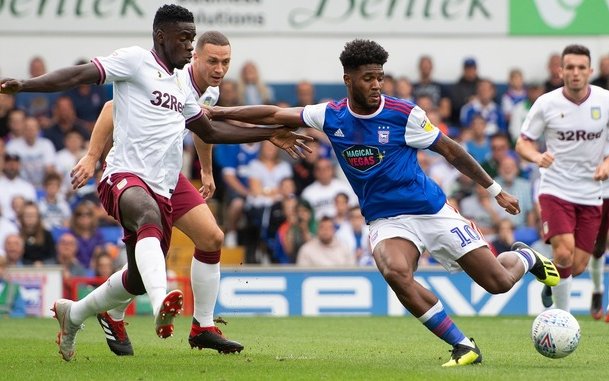 The transfer window closes at 5 pm on 16 October 2020, and that gives us just a few days to find another capable striker. Today, we discovered that James Norwood will be out for the foreseeable future, having torn his hamstring in training. Stand-in striker Aaron Drinan is also sidelined for many months and this leaves us threadbare up top.

As things stand, we have our new recruit Oliver Hawkins coming to terms with life at Ipswich and Kayden Jackson, who is back in training but struggling for match fitness, having not played any part in proceedings so far this season. This might open the door for our only other recognised forward Freddie Sears, to move down the middle again, but he is out of form at the moment and the last time we tried this it was hardly a huge success.

Manager Paul Lambert has indicated previously that he is still looking for a winger but his priorities might change after this latest injury to last season’s joint-top goalscorer. Norwood has baffled to deceive, in an Ipswich shirt in his short career with the club, but his prolonged absence will nevertheless be a big loss.

The other forwards here, have not really pushed through into the first-team picture and are either injured or lack the kind of experience that could make a serious impression at this level. If normal service was resumed, then for me the obvious choice would be Ben Morris. Sadly, he is also out with another long term injury and that leaves us with the untried Tyreece Simpson and Australian Ben Folami. OK, they have made the odd cameo appearance in the under 21 team but have not as yet found the net. Town has made such a good start to this campaign that it is vital we do not rely entirely on the midfield to get all our goals.

So then, we have four days and it is already public knowledge that we must sell to buy. Does this mean a window of opportunity opens again for Flynn Downes and his possible departure to Crystal Palace – or now that our defence looks relatively settled again, will Luke Woolfenden be set free to Yorkshire to join Premier new boys Leeds United?

I genuinely hope we have other options. I would be happy to see Alan Judge or Myles Kenlock find new employment and Janoi Donacien could be considered to be surplus to requirements as well. The trouble is, does anybody want them and if so, what sort of price could we expect to get for their services?

There is talk of Marcus Maddison becoming available at Peterborough but he has a very ‘dodgy’ personality that might have a disruptive impact on the rest of the squad. We could persuade perhaps Swindon to part with Brett Pitman or maybe re-sign Ellis Harrison from Portsmouth but that would come at a hefty price and unless we sell, we can only hope for free transfers and we all know that a proven striker is a prized possession. There is the league below of course, where Cambridge United have free-scoring forward Paul Mullin, but the reason that they are top of the tree is that because he knows where the net is so he won’t come for free.

Our very last resort would be to go into non-league football and try to recruit there. I am not opposed to this idea in principle because remember, this is where Jamie Vardy came from! I am sure there are others out there who could do us proud.