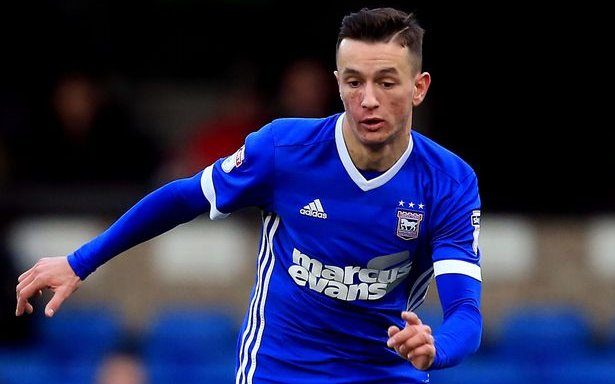 We already knew that James Norwood and Tom Carroll were heading to the exit door, but today we discovered there were more!  Tomas Holy and Myles Kenlock are also moving on now their contracts have expired. Holy was also destined to depart once Christian Walton made his deal a permanent one, and our other Czech keeper Vaclav Hladky had proved to be a worthy understudy. It was a bit tough on Holy because he was well-liked by both supporters and players, but this is the nature of football.

Myles Kenlock joined the Ipswich Town Academy in April 2014 and made his competitive debut against Stevenage in 2015, in the first round of the Football League Cup. Lambeth born Kenlock has always been on the fringes of the first team, but without ever cementing his place in it. His straight-back stance was a rare sight in football but he had some ability and might feel a little unlucky not to have been able to convince several managers over the years to persevere with him.

In total, he made 85 appearances for Town over the years without ever finding the net. Amazingly, on his debut for Colchester United on loan, he did just that! During the summer of 2021, Kenlock was told by former boss Paul Cook that he was not in his plans, and was instructed to train with the club’s U23s. He’s a quiet lad, and he may have found it difficult to get his views across. I quite liked him, but obviously, Kieran McKenna feels he has to trim his squad so that he can bring in new personnel.

The other four to depart are the players we have had on loan. Macauley Bonne Bersant Celina, Dominic Thompson and Tyreeq Bakinson have returned to their parent clubs, but I would like to see Bonne, Celina and Bakinson return, if possible.  Thompson was a complete waste of space.  Joe Pigott and Rakeem Harper have contracts until 2024 but I would be surprised if they stick around. The same goes for Kyle Edwards, I fear.