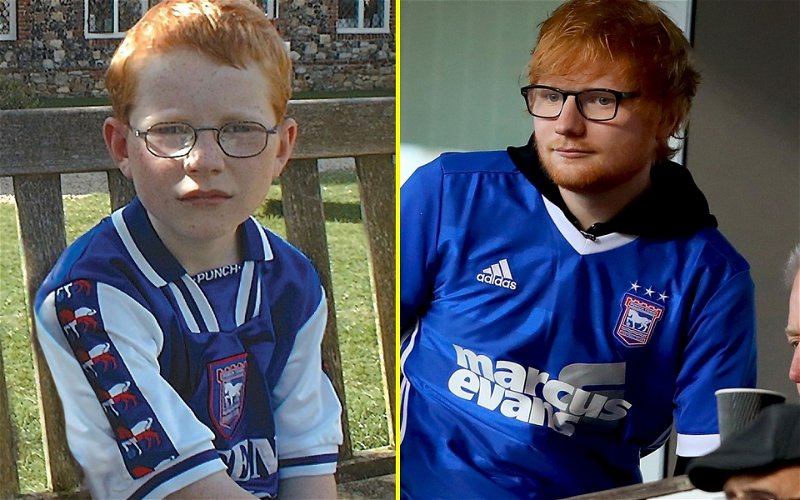 The new squad numbers have just been officially announced, and Ed Sheeran keeps his place at seventeen! Squad numbers count for little these days, but many footballers are superstitious, and if the number worked well for them at other clubs – or even here, then they want to retain that number. Others don’t care providing they get to play!

1. Christian Walton: He is now officially our number one, so it seems natural that he gets the number one goalkeeping shirt!

3. Leif Davis: Our expensive new left-wing back would expect nothing else.

4. George Edmundson: Moved from 5 to 4 but he should be happy with that.

5. Sam Morsy: Captain fantastic, and he has taken the jersey vacated by Edmundson.

6. Luke Woolfenden: This seems the right kind of number for him as well.

7. Wes Burns: This is the right number for a right winger, and that is essentially what Wes Burns still is! He scores goals and defends too, so he is a bit of everything.

8. Lee Evans: He gets the same number as last year, but unlike our Ed, he should feature much more regularly!

9. Freddie Ladapo: It seems natural that Freddie would pick up the number nine shirt, with the recent departures of Macauley Bonne, James Norwood and Joe Pigott.

10. Conor Chaplin: This number seems about right for our inside forward, who I think will have another fabulous season in a Blues shirt! He was 21 last time.

11. Marcus Harness: He gets one of the first team numbers and rightly so. I think he will be a huge asset this season.

12. Dom Ball: Another new player with another new number, and I see Ball featuring often – although not perhaps every game. He is a doubt for Saturday though.

14. Tyreece John-Jules: Another new player and his number suggest that he will be a regular and on the very fringes of the first eleven.

15. Cameron Burgess: He has lost his number from last season, but he is high enough in the number rankings to be considered a first-team player.

16. Rekeem Harper: I am surprised that he is still here, to be honest, but he has performed well in pre-season playing a bit deeper.

19. Kayden Jackson: He keeps the same number as last season. No harm done then.

20. Matt Penney: He has gone down the pecking order with the arrival of Leif Davis and Greg Leigh, but everyone in this squad is worthy of a squad number.

21. Greg Leigh: He has impressed in pre-season, and will be determined to take his place in the side at the expense of big signing Leif Davis on Saturday.

22. Idris El Mizouni: Whether he goes out on loan is debatable, but for now, he is in the mix and on the very fringes of the first team picture.

23. Sone Aluko: It is the same number as last season for a man who is bang in form.

26. Corrie Ndaba: He was number 15 last season, but with a new three-year contract to look forward to, I don’t think a move down the pecking order will offend him.

29. Kyle Edwards: Due mainly to injury his number was quickly forgotten the last time around. This time he means business, and it shows the strength in depth we have.

30. Cameron Humphreys: This academy product has come on leaps and bounds, and he is knocking on the first team door. He could make a breakthrough this season.

31. Vaclav Hladky: Our second-choice keeper retains the same number, and is a good understudy to Walton, now that our other Czech keeper Tomas Holy has gone.

44. Janoi Donacien: No change here either, but Janoi wants it that way we are told.