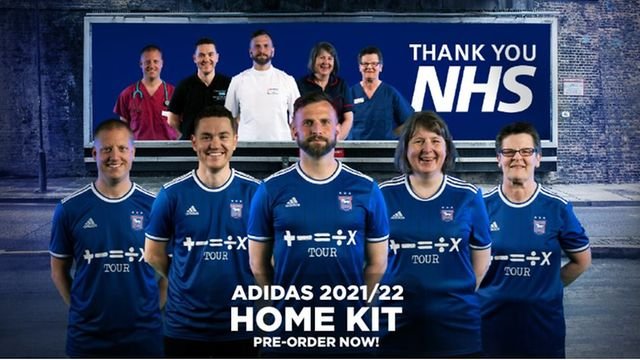 Global talent Ed Sheeran is quietly optimistic about Ipswich Town chances of promotion next term. “They have new owners. I think a good attitude. They’ve got a great new manager, and next season we could be promoted. We’ll see.” His alignment to Ipswich Town is not a new thing and he has followed the Blues since he was a kid.

Edward Christopher Sheeran was actually born in Halifax in West Yorkshire, but he moved with his family from Hebden Bridge to Framlingham in Suffolk when he was just four years old. One of the advantages of his shirt sponsorship is that he gets to have a company box at Portman Road but he has delayed using it, until after his forthcoming tour, which will mean he will probably miss the first part of the season,  although the tour dates still have to be confirmed. I’ve got a tour, I haven’t announced the tour yet, but the tour goes on for a while. I was going to have a box and not be able to see any games, so I’ve pushed the box to after the tour.”

Sheeran said of the shirt deal that it really came out of the blue. “I just enquired, and I was like ‘Do you guys need a sponsor?’ And they were like ‘Yeah, for sure. So it’s been a cool process. It must have been around the end of the Divide tour because we’d done the shirts with them.”

His old school chum, ‘The Professor,’ said that Ed had been keen on doing something for some time, but then Covid struck, and the whole scenario changed. If everything had gone to plan, he would have completed his tour before the start of the new campaign, but this Coronavirus has impacted everyone and everything.

In other news, Ipswich are close to signing Fleetwood midfielder/wing-back Wes Burns. He is a Welsh under 21 international and is known to new Town CEO Mark Ashton. If Town signs the 26-year-old, it will be the first purchase under new boss Paul Cook, who is said to be a fond admirer of the player.

And more possible transfer news.  Ipswich Town transfer target Guy Melamed was released by St Johnstone yesterday afternoon. The Israeli born forward scored seven goals in 23 games for the Saints last season and has been of interest to several clubs and as he would come on a free transfer.  Both Portsmouth and Sunderland are also monitoring his movements closely.