Dominic Ball Is Loved By All 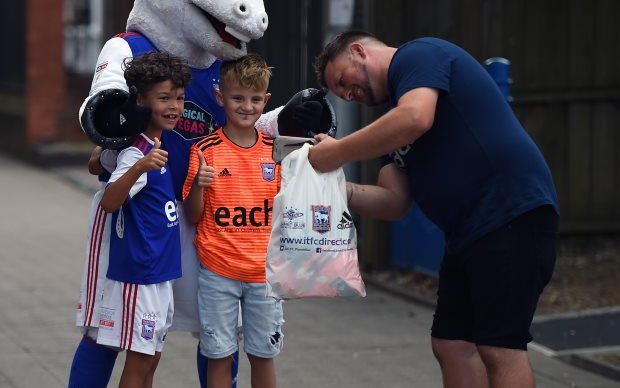 New signing Dominic Ball has already made a name for himself off the field with his very readable From Winning Teams to Broken Dreams, and an extract from the book was published today in The Guardian newspaper. It tells us how the beautiful game has a very ugly side to it and how as a child, he suffered the pain of failure.

My heart pounded and my hands were sweaty as they opened by announcing their decision. I wasn’t being offered a scholarship and they explained their decision for another 10 to 15 minutes. I was numb and unable to digest anything they said so just stared straight through them, unresponsive. At just 15 years of age, the reality of failure hit him hard, and as he drove back home with his father he was holding back the tears. Neither of us said a word as we walked back to the car. We just sat there in silence. The news broke me in two. All that hard work for all those years hadn’t been good enough. Dad, thankfully, did his best to keep my spirits up. Calmly, he told me not to be upset, this wasn’t the end of the road.

Yesterday, I received two replies to my article about the player from QPR supporters, and they were both gutted that he had left the club. R sharp said: Should still be a QPR player all ways gives 100/00 our loss is Town’s gain. Enjoy watching quality!   Mr J Collins was equally forthright.  Quality player said to see him go. Gives 100% ALL THE BEST DOM!

When supporters spill their souls in this way, it is a clear indication that they are very disappointed to see this player leave, and feel that Town are lucky to have him. All the indications are that he is not only a hard-work individual but has a good brain to go with it, and he understands probably better than most of us, just how difficult it is to make the grade. He is determined not to waste an opportunity to fulfil his long term goals. They seem to be the same goals that manager Keiran Mckenna has in mind too!

It is a pity Macauley Bonne is not around because I am quite sure they could share a few similar stories.  Bonne left Town in tears at 14, only to return more than ten years later and prove a very decisive point. Football is full of hard-luck stories, and as Ball alluded to in his book, Only at best, a 1% chance of a nine-year-old academy player becoming a professional footballer.

From Winning Teams to Broken Dreams is available now for 11.99 and I strongly recommend it, if you want to examine the ugly side of the beautiful game.