Did We Get The Wrong Man Again? 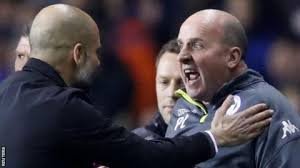 I hate to have to suggest this, but with the appalling record that owner Marcus Evans has had when it comes to managerial appointments, could it be that he has gone for the wrong man again? Before Paul Cook was given the job, a survey was compiled, asking who should be the new Town boss?

The results are interesting.  An impressive 62% of respondents thought we should hire Danny Cowley as our new head coach. Only 23% gave the nod to Paul Cook and the rest of the vote was split between several unlikely candidates, including Eddie Howe and Nigel Adkins.

What does that tell us? Well, it might suggest that once again, the supporters of Ipswich Town football club know what’s best! We have played eight games under the very affable Mr Cook, and we have won just two of them. Conversely, the Cowley brothers have won all four of their encounters since they took charge on the 20th of March, which began with a win against us at their place.

So then, was it player fatigue or player indifference that made not one jot of difference when the new gaffer moved in?  No new motivation. No nothing. There has to be a good reason for this. It cannot just be about the quality – or lack of it, of our squad. There is an underlying problem here at play, and when former boss Paul Lambert suggested that we were rotten to the core, it could not all have been sour grapes. There has to be an element of truth in it.

As supporters, we see little of what goes on behind the scenes, but players must be privy to it. Why, for example, do we incur more injuries than any other squad in English football? Is it just a coincidence – or is there something more sinister at play? I get the feeling Paul Cook is already becoming aware of what goes on behind closed doors, but if he is to have a longer tenure than Paul Hurst, then he must sort things out.  And quickly!

As I have indicated before, it would be far better to write off this season as another bad mistake, and have a mass clear-out in the summer and start again. Paul Cook has inherited an almighty mess, and unless owner Marcus Evans decides to finally sell up, then this might just be the beginning of another very painful episode in the club’s long history.

2 Replies to “Did We Get The Wrong Man Again?”