But If There Was A Player OF The Year? 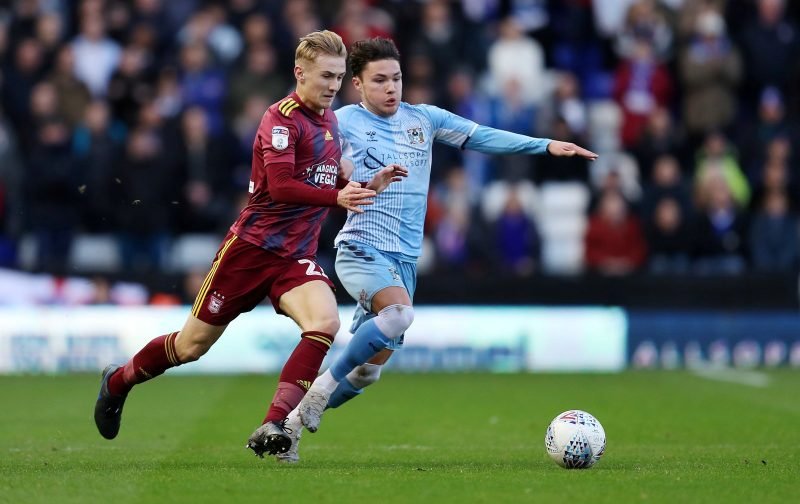 If there was a Player of the Year award, I know who I would have voted for and I will explain the reasons why. What about you? Who would you have given it to? The Ipswich Town Supporters hold the annual vote at the end of every season but due to the Coronavirus pandemic the April the 18th awards ceremony has been pulled – even though some tickets had been sold for the event.

Luke Chambers’ won it last time; after three successive victories for our former Polish keeper Bartosz Bialkowski. Supporters Club chairman Mark Ramsey said on the subject this. ” The season is now over and none of us has got the result we had hoped for. As a result, we have now cancelled our planned Player of The Year Awards evening, although the debutants in the 2019/20 will be recognised in due course.” Any fans who had bought tickets for the event can request a refund, donate the money to the club’s academy – or roll their ticket over to next year’s event.” You can contact Ramsey here: markeramsay58@gmail.com

So then, assuming this season had not ended as a complete anti-climax, my vote would have gone to Flynn Downes. He joined Ipswich at the age of 7, so he has already been at the club for a staggering 14 years! I would dearly love him to stay with us for another season but a lot depends on our finances and whether some bigger fish in the football pond come hunting. Every season we have seen discernible improvement from him, and he is a precocious talent who like a good wine is maturing with time. I love to watch him on the ball and his technical ability is outstanding at this level.

Other players that ran him close this year would be another Town academy product Luke Woolfenden. He is a cool dude on the ball for his age and he reminds me in many ways of a young Terry Butcher. I watched Butcher make his debut for Town against Everton, and there are similarities between the two – not least in the airborne division! Woolfenden joined the Ipswich Town academy as a schoolboy player at the age of 11 so he has been around the club for ten years already.  I fear though that although he wants to stay and see Ipswich rise up the leagues, the decision on whether he does will not be entirely his.

I should also give a special mention in the also-ran category to Everton loanee Luke Garbett. When he was fit, Ipswich played some of their best football, and his left foot provided Town will some great goals. We have not had a free-kick specialist quite so good since Martijn Reuser and it is a real shame that he has had to return to his parent club. Of his time with the Blues, he said this, ” On a personal note, I think I’ve had a good solid season. I’ve had a good rapport with the fans. I’ve really enjoyed my time here. The club is a great club that doesn’t deserve to be in this league. It’s just disappointing that we couldn’t gain promotion when things were looking so good.”

Well, that is my view on the best of the rest but who do you think should have got the Player of the Year award? Is there anyone I have unfairly neglected?