Being Frank On Facts And Lies 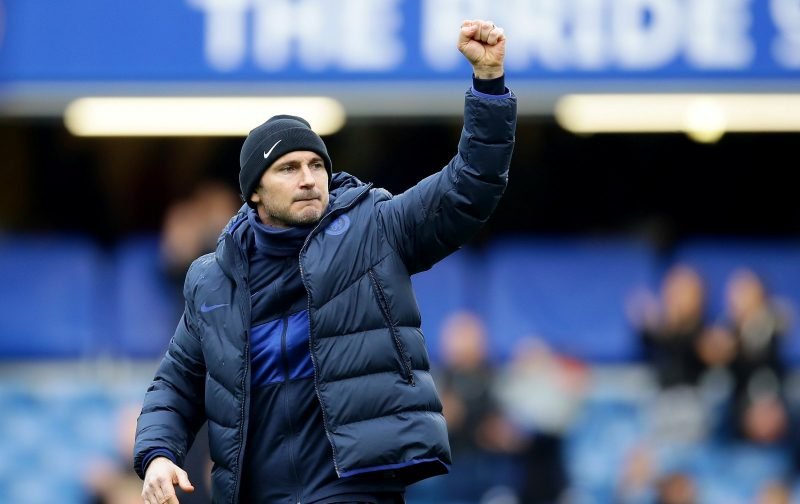 Being frank on Frank is quite easy for me but I do not have all the facts? Did Frank Lampard decline the post of Ipswich boss – or was he never offered it? Well, I guess this depends on who you ask. According to West Ham United man Harry Redknapp talking to Sky Sports News, it was more or less a done deal. “I got him an interview at Ipswich and they offered him the job.”

This is not what other media sources are saying, however, and the Those Were The Days website is adamant that this did not occur. They have reiterated what they said happened during the Blues’ lengthy recruitment process; before the appointment of Paul Hurst. Redknapp’s nephew impressed Marcus Evans and he was on the final four-man shortlist, which included Hurst, Jack Ross, who later joined Sunderland, and Graham Potter, who is currently the boss at Brighton, but the matter never got as far as Lampard being offered the position.

It would seem that the reason the job was not offered to Lampard revolved around our old nemesis money. Once Lampart got wind of the lack of spending power at Ipswich Town he contacted Redknapp again and said,  “Look, Harry, it’s difficult because they’ve got no budget and I can’t bring any players in, what can I do?’ Redknapp agreed and then replied, “It’s a great club, Ipswich but you’re going to need a bit of help because you haven’t got a magic wand.”

It was around about that time that Derby County came sniffing and they had the financial resources to entice Frank into football management. In next to no time Redknapp was working his wonders again and convinced Mel Morris at the Rams that this guy was worth a punt. “That was it. I had no doubt he would be a success because he’s a bright lad, he knows the game. He’ll be amazing.”

There is another side to this story that has not been fully investigated. Ipswich owner Marcus Evans has always maintained that Paul Hurst was his first choice and although he admits to interviewing Lampard twice for the post, the reason for the prolonged managerial process continuing was because he was waiting for the outcome of the Shrewsbury  League One play-off final with Rotherham to be completed. Only then would Hurst decide on the Town job. In hindsight then, it may well have been better for everyone if the Shrews had been promoted!

Evans was frank about his decision to hire Hurst – although it contradicts what Redknapp has said. “Having spoken with Paul it reaffirmed why he had always been my top target since day one in the recruitment process.” This seems a rather emphatic statement and reading between the lines, it would suggest that even if Frank had wanted to job he would not have got it. But is there more to this than meets the eye? What I think occurred is this.

Lampard was interviewed twice for the job so he was indeed on the four-man shortlist. Lampard’s enthusiasm wained when he discovered just how much dosh he had to play with and Evans sensed he was already losing interest. He was also being offered a measly salary by Evans, and the excuse was that as he had no managerial experience. Evans saw Hurst as his preferred choice from the outset and this was influenced by two things.  1.Hurst’s success at Shrewsbury Town with very limited financial resources 2. Hurst never considered money to be an obstacle in negotiations.

Once again we see how Marcus Evans was badly advised by people in the game. In 2018 he said joyously after hiring Hurst, “I would like to put on record my thanks to the many football people who have helped me reach an informed decision on the appointment .” My take on this is that people in the game were all laughing at him behind his back because of his football naivety.

Evans once again proved with this appointment just how out of touch with football the man is. Yes, he wants a piece of the action but has been misled from day one by several people who have been pulling the strings from behind. His inept recruitment of Chief Executive Simon Clegg in 2009 was when the rot set in. This man knew nothing about football and on his poor advice, he removed shortly after, Jim Magilton from his managerial post.

The cling-on brigade still exists at Portman Road, and they constantly poorly advise Evans on important footballing issues. Yesterday, Town parted company with arguably the most technically gifted forward at the club Will Keane. He might not be a prolific goalscorer and has been injury-prone, but he was still the most intelligent striker at the club. Freddie Sears is the only other one who comes even close.

Evans was ill-advised to part company with Ellis Harrison too and he has gone on to better things with Portsmouth. So many errors over so many years have blighted the Blues badly; from spending too much on journeymen under both Paul Jewell and Roy Keane, to spending too little when we lost Daryl Murphy and not finding a suitable replacement.

Twelve and a half years of the Evans era has brought nothing but disappointment and distrust and like a secret government document that is finally being released after 25 years, we will probably have to wait just as long, to separate the truth from those porky pies.

2 Replies to “Being Frank On Facts And Lies”