Are We Going To Miss Out Again? 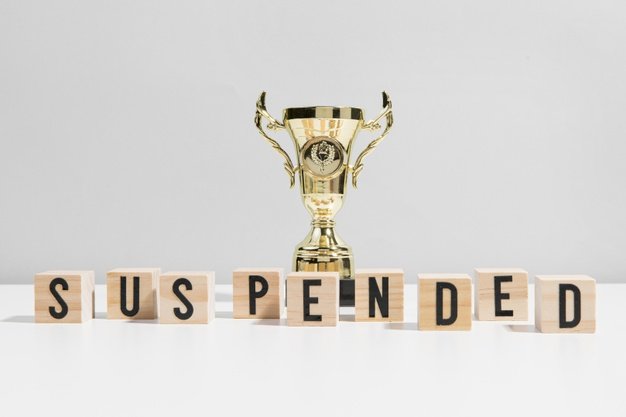 We are not yet halfway through the season, and yet it looks as if the season might be suspended again. If so, will the same sad scenario occur? As things stand, we are in seventh place in the League One table, and should the season stop and then not start again, we would find ourselves adrift of those automatic and promotion places once more.

This evening, the fixture list has been hit badly again with the Coronavirus and seven of the twelve matches scheduled to be played have been postponed. This, of course, includes the game that the Town was due to play at Wimbledon.

Now, there is nothing to concern ourselves with just now, but should this new mutation, which is more transmissible than in the first infection, brings the country to its knees again then we have a lot more to worry about.

To find ourselves outside those play-off places is unpleasant enough. To not resume the competition is, however, a much more frightening prospect. The fear is that once the season is suspended again, it is much easier to leave it that way. The fact that the EFL are loath to halt proceedings has as much to do with this as anything else. Covid-19 has damned our life in so many different ways, and even our one escape from it is now once again under the microscope.

I said, in a previous article, that a mini-break might be just what the doctor ordered. It would allow some of our beleaguered squad members time to recover from long term injuries. This is all very well in the short term. In the long term, it is an entirely different story.

Mark Heath, who writes in the East Anglian Daily Times, asks whether it is time to suspend the season? Both Blues physio Matt Byard and Town manager Paul Lambert are thinking along those lines as well.  Blackpool boss Neil Critchley is of a different persuasion and is perhaps as fearful as I am, that when you stop you never start again.

He told the Blackpool Gazette that this was not the time to panic unduly. “My preference, like most people, would be to keep football going. We’ve gone from pre-season until now, and there have been some incidents around the country of games being called off, but generally, the season is flowing. I don’t think anyone would want the season to stop.”

I am hoping that we can weather this storm. The thought of another suspension is not something I do not want to ponder. If it happens, we could end up missing out on possible promotion again.