Who Needs Who The Most? 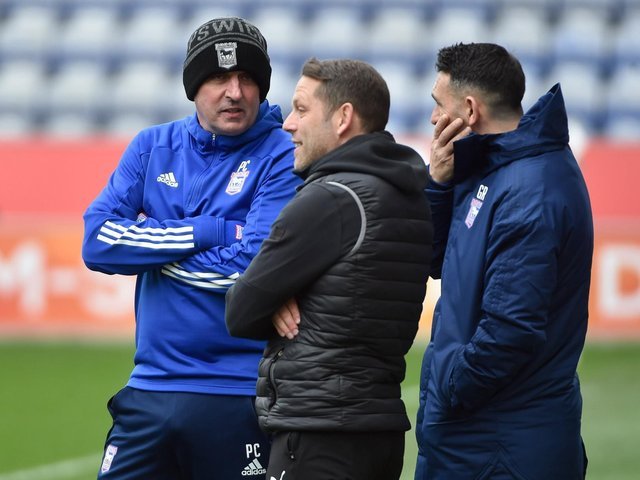 I think manager Paul Cook knows he is missing someone. He is in denial, but it is just not the same without his chief lieutenant Leam Richardson, who he worked successfully with at Chesterfield, Portsmouth and Wigan. Three clubs had immense success under this special relationship, and now we are beginning to witness who needs who, the most.

Of course, Cook wanted him here and tried his damndest to persuade his former assistant to join him at Portman Road. Richardson had other ideas, and although he considered moving to Suffolk, the thought of being his own man was more persuasive.

Reflecting on this time Richardson said, “He’s never stopped being on the phone, to be fair. I think everybody’s seen my commitment to Wigan at the minute, there’s a job to be done.” And Cook said on the subject this, “As you can imagine we know each other inside out, we worked with each other for that long.” Cook considers Richardson to be his “absolute rock” and if you take that rock away, it is understandable if you feel a bit vulnerable.

There is little doubt that  Cook badly wanted Richardson as his right-hand man. I believe that the reason we are struggling now is that he failed in his mission, and the people he has recruited, don’t have the experience – or indeed the expertise, to seriously help the man under the cosh.

On the 2nd of March, Cook named Gary Roberts as his first-team coach and yet, he had just hung up his boots and this was his first post as a qualified trainer. Francis Jeffers is a colourful character, who in his playing days, was known as the “fox in the box” and aside from Everton, he spent a brief spell with the Blues in the Championship.  After he was unable to find a new club after his playing contract with Accrington Stanley had expired, Jeffers began working for Everton’s academy on a purely voluntary basis in 2014.

Then in 2016, he joined their academy and worked later alongside Duncan Ferguson during his spell as caretaker manager of Everton in 2019. Of the three newbies, he arguably has the most experience, but the other scouser’s appointment is the most bizarre of all. Ian Craney only knowledge of a changing room was as the kit man for Wigan Athletic!

I am sorry if I am sounding a bit cynical, but the truth is that I am! Cook badly needs help and this crew are not aiding his cause. I don’t think Keiron Dyer is up to it either yet, and we all know that Bryan Klug was a bit out of his depth when it came to dealing with mature professional footballers. He is far better served, working with the youngsters, where he has done remarkably well.

Cook has admitted, however, that he would not be averse to some further assistance in this regard. “We’ve got a great belief in making the club better. If we feel that experience should come in, I’d be all for it. I’d be all for anything that makes this football club better.”